On Tuesday, August 7th, the Lehigh Township Police Department hosted its 2nd annual National Night Out event.
For a recap of the events of the night, Click Here.

District Attorney Rewards Lehigh Township Police for Work on Drug Bust
Some solid police work by his department left Chief Scott Fogel the happy recipient of more than just a thank you. Northampton County District Attorney John Morganelli recognized Fogel's department Tuesday before the Lehigh Township Board of Supervisors for undercover work done last fall in conjunction with the Northampton County Drug Task Force, which resulted in the arrests of drug dealers and the seizure of cash and narcotics.

For that, Morganelli presented Fogel with a check for $3,176 — roughly a third of the $9,500 seized during the drug sting. The portion going back to Fogel's department will be used for upgrades to its computer system.

Seized funds typically are used to cover the salaries of two assistant district attorneys who work on drug-related prosecutions, Morganelli said, while some is directed to nonprofits that educate youth about staying off drugs. Other times, as in the case of Fogel's department, some goes back to the local jurisdictions for a job well done. "We try to prioritize and meet the needs of all the jurisdictions," Morganelli said.

In accepting the check, Fogel recognized Det. Matthew Enstrom, who he said played an active role in the undercover sting operation, which took place in October and November. "He's a very good investigator; his skill sets far exceed my expectations," Fogel said. Fogel said the investigation resulted in the seizure of a large amount of marijuana and other drugs, as well as drug paraphernalia and cash. Enstrom, who Fogel said has worked for the township about 18 years, facilitates all undercover work for the department.

By Kevin Duffy, Special to The Morning Call 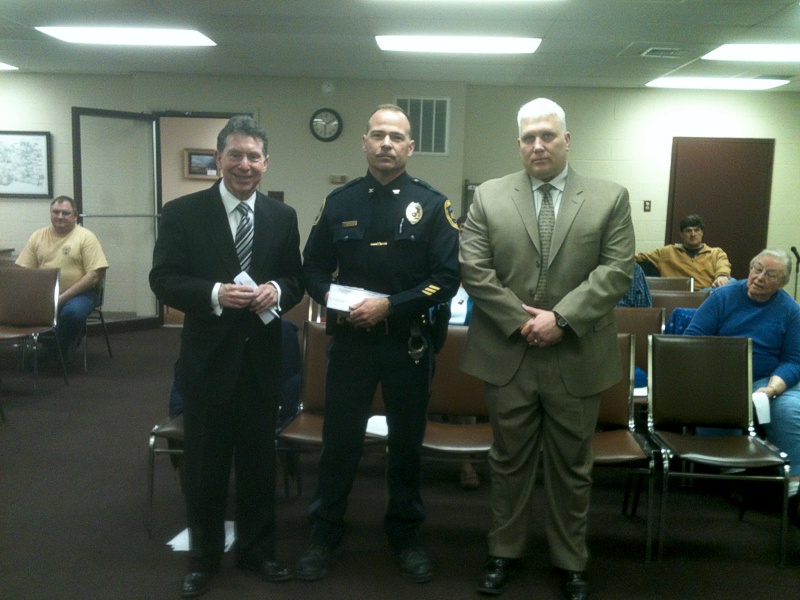