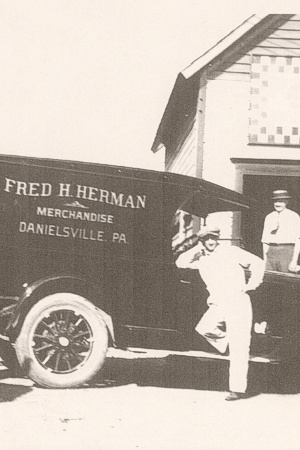 Lehigh Township is a Second Class Township located in the northwestern corner of Northampton County, Pennsylvania, approximately ten miles north of the City of Allentown. The Township has a total area of 30.9 square miles, consisting of residential subdivisions, farmland, small villages, and woodland. It is bordered on the north by the Blue Mountain and Lower Towamensing Township, Carbon County, on the east by Moore Township, on the south by Allen Township and the Lehigh River, on the west by the Borough of Walnutport and the Lehigh River.

Three highways, Routes 145, 248 and 946 provide access to areas within the Township and routes to places of regional significance outside. Route 145 enters the Township at Treichlers and extends along to west bank of the river toward the Lehigh Gap, where it meets Route 248, which extends northward to the Palmerton area and the Poconos. The road serves as the major connecting link between the Township and the "heart" of the Allentown, Bethlehem, Easton region. It gives Lehigh Township direct access to the regional shopping facilities along 7th Street (McAurthur Rd.) and in downtown Allentown. The highway also provides access to Route 22, a major east-west expressway connecting the Lehigh Valley to other metropolitan regions to the east and west.

Lehigh Township was surveyed in 1735 by orders of Thomas Penn. It was proposed that 6,500 acres be set aside for Native Americans, but the land became a settlement of immigrants instead. Before October 1752, when the township was officially created, the area had been called Adjacents to Allen, which probably refers to adjacent Allen Township. Although some residents wanted the name Seimsy after an early Moravian Indian covert named Seim, the county court opted for the name Lehigh Township instead. Area: 30.9 square miles Population: As of 2010 Census: 10,526.